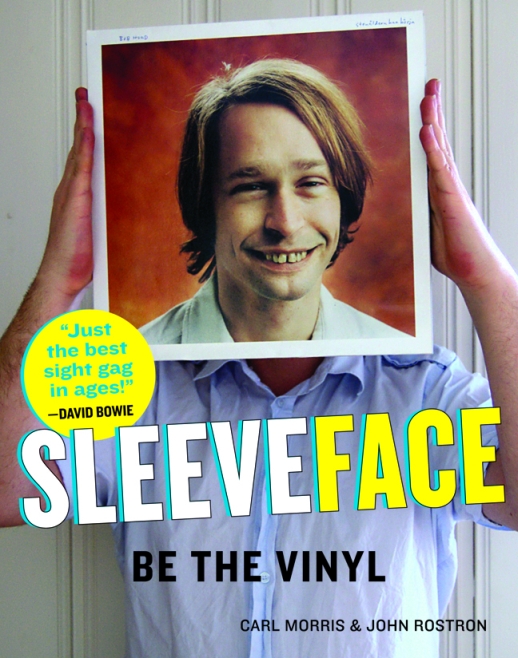 Sleeveface the book is out now!

Sleeveface has a dedicated blog of its own, so I’ll try not to duplicate too much here. It also has more info about the book.

At the moment we are doing a real mixed bag of press and radio interviews. Sunday Times magazine carried a feature recently, this afternoon I’ve just been speaking to the Irish Examiner, then soon it’s National Public Radio in the USA.

It’s particularly been a joy to chat to the Welsh language media. Recently I’ve met with Wedi 7 and Bandit which are cultural TV shows on S4C and the C2 show on BBC Radio Cymru. If I made any grammatical mistakes with the Welsh, I hope they at least made you laugh.

People have asked if I predicted this would happen with Sleeveface. Well I knew I liked it and I could easily imagine the record and photo geeks getting into it. But this is ridiculous. And great.

So I was glad that David Bowie, the ultimate chameleon, likes it. It was great to read a comment from fashion designer Karl Lagerfeld.

But it’s just as fun to see ANYBODY enjoying it. As former Pistols manager Malcolm McClaren put it:

Sleeveface is the most brooding, sullen, sexy as hell way to prolong the death of our culture. Long live the record! Resurrection is part of the hero’s journey. Renewing, revitalizing, reappraising pop culture in ways no industry could ever dream of. Hats off to these Rock ‘n’ Roll creeps from Wales! DIY adulation and worship of these now ancient deities deserve all our most fashionable darlings’ attention and all art crazies desperate to be the next big thing at the Biennale. Unfathomable!!! Unquestionably this attitude gets all those pop legends back from the dead and inside, on top, to the left and right of the liver and kidney body parts of the next generation. Who says they are not Patti Smith? Elton John? David Bowie? Tim Buckley? Elvis? Who says? Who says?

At the beginning I thought Sleeveface was daft. And I still think it’s daft! The new pics that I get still have the capacity to make me laugh out loud.

Thanks to John, the gang and everyone who helped with the book, especially those who sent photos. If you’re one of those people who contributed, I’ve emailed you personally.

5 Replies to “Sleeveface The Book”