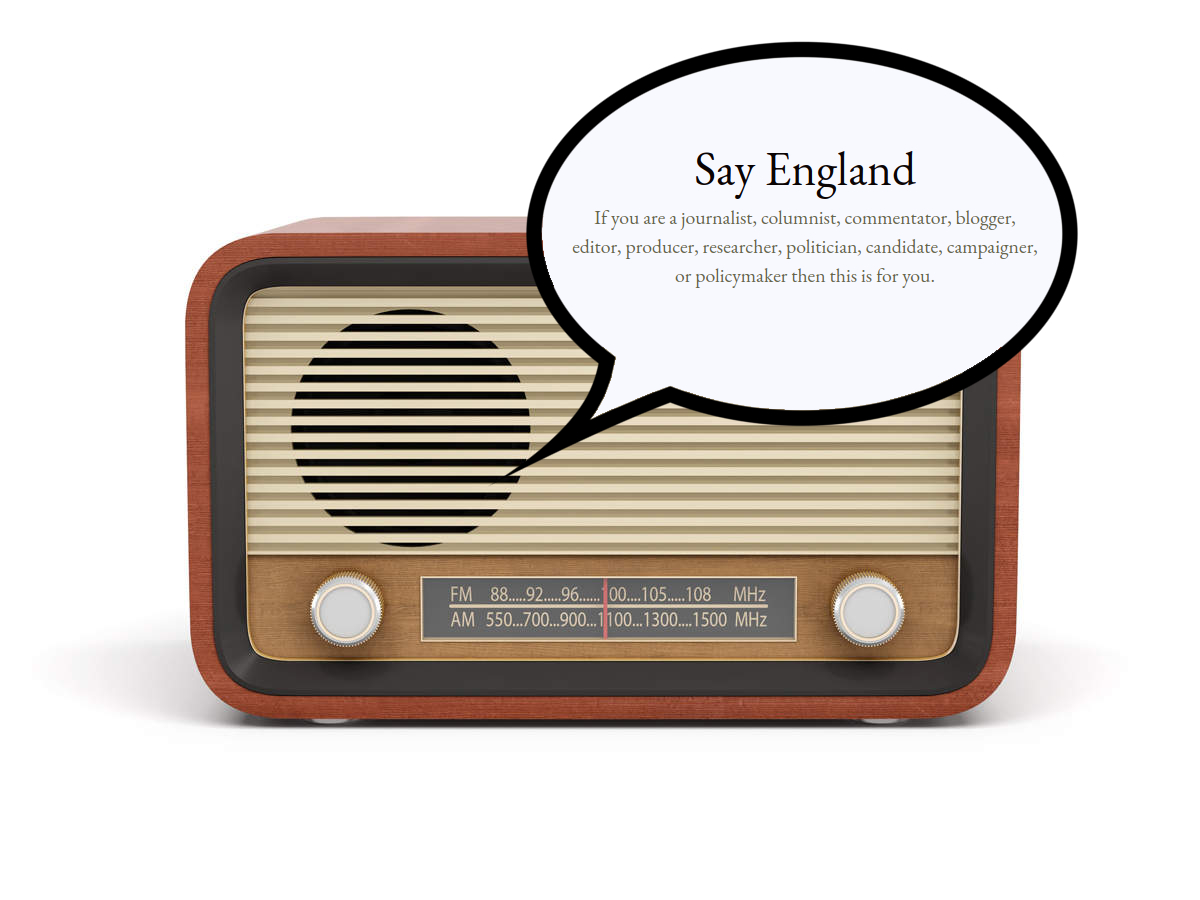 From a Welsh perspective there is a clear problem of inaccuracy when the media in London reports stories about devolved matters.

For example in a story about education or health in England the papers, television or radio incorrectly refer to the United Kingdom or fail to refer to any country whatsoever. Or there is a lack of attention to the vitally important differences in legislation and policy between Scotland, Wales, Northern Ireland, and England.

This of course can lead to confusion, and lack of awareness of where powers are held and who is accountable. Despite the efforts of media who focus on Wales matters there’s a significant percentage of people in Wales who receive this misleading news, typically from London outlets.

The That’s Devolved project consistently highlights examples. There are some instances where the journalists and editors have corrected headlines and stories as a result. From a devolution perspective it works well. Many onlookers have learned more about the powers of the Welsh Parliament, the Scottish Parliament, and Stormont through the efforts of the project.

A while back I was thinking of the journalists’ own perspective. I had some enlightening conversations with experts and friends about this. Can a campaign or resource be created to be used in response to these journalists, and help change attitudes?

The result was a website I created called Say England.

The rationale was to convey the problem from a perspective that most English journalists understand – the English perspective.

It seemed more difficult to persuade them to care about Wales or that ‘devolution’ is worth trying to understand. (The few who do pay attention are very special.)

Currently the website is a single page listing some advice for journalists and others. It can be posted in replies on social media all day long.

It names other roles involved in the media narratives who get this wrong – for many different reasons.

Unfortunately the Say England website is a project that has not been completed or launched. For one thing I am a dad now and there are plenty of other ongoing projects and commitments – this one doesn’t easily fit with the others.

You may see its potential perhaps using the site as a rallying point for shareable content, campaigns, updates on progress, lists of good, bad and ugly, or something else.

I would consider giving the domain name to anyone principled and enthusiastic who wants to take it on, use it, and develop it.

Please let me know in the comments below or by email if you want to take over the project.

I was reading about the history of these islands last week. It set off a whole chain of thoughts, memories and some unexpected laughs.

I’m particularly enjoying this page.
http://cym.englishriviera.co.uk
Open the link “Listen using ReadSpeaker” in a new window and marvel at the cut glass computer voice making a total hash of the Welsh. Repeat for the other languages. I like the Japanese one, it sounds like a shortwave numbers station.

When I was around 7-years old, I went with my family for a holiday in Torquay on the south-west coast of England. That town and the region surrounding are known as the English Riviera.

Back in Victorian times, the original riviera – the French Riviera – had established itself as an affordable holiday destination, albeit for the rich.

Budget holidaymakers who couldn’t make it to France were a large market. So tour operators on England’s south coast responded with a rebranding exercise and the concept of the English Riviera was born. Giving the tour operators the benefit of the doubt, we could view it as an early example of what marketeers now call positioning.

Among my fond memories I remember the sight of scrawny “palm” trees withering miserably along the sea front. Palm trees don’t grow well in England, but the French Riviera had them so the English gave it a go. They eventually found a breed of New Zealand tree that looked a lot like palm trees, for that hint of class and exoticism for which Devon is (not really) known.

I had a good time in Torquay. But when I visited, the riviera label was already looking outmoded – and that was the 1980s. Now, in this era of low cost airlines, the English Riviera is a tired name, and today’s average 7-year old child will understand this. It surprises me that they persist in using this “me-too” brand rather than promoting the actual distinctives of the place. Why remain in a category in which you can only hope to be number two – or worse?

In music it’s like a tribute band inspired purely by a band that is still alive. What’s the point?

If you’re curious why I returned to the Riviera last week, if only mentally, I’d been searching for the word “Lloegr” on Google (GOOG).

In modern day Welsh, the words for England and English are totally different to each other. Lloegr means the area we now call England and Saesneg refers to its main language. Anyway, this distinction is pretty neat in my opinion. Consider the ramifications!

Lloegr is a very old word with origins in the Brythonic language which was spoken in many parts of what’s now known as Britain.

It’s believed England (as we now know it) was already called Lloegr, or something very similar, before the arrival of the Anglo-Saxons. And definitely before the Norman Conquest. But that’s another story and, you might say, another victory for the French – thankfully not compounded by any embarrassments involving branding or trees.